← VOTE! And a word on Halloween Safety…
There is nothing scarier than a tie… → 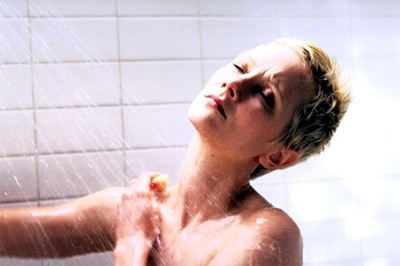 I don’t like Gus Van Sant’s 1998 remake of Psycho, yet I respect it.  We can bitch and moan about the sanctity of remaking a classic and the hollowed ground Van Sant trampled on, but that won’t get us anywhere.  Psycho ’98  is an experiment, pure and simple, as to whether or not a great film can be remade shot-for-shot (albeit with a few teaks) and it still have the same impact, Van Sant has proved that it cannot.  His experiment was a success.

I find it hard to review this Psycho; it has the same plot as the original and has the same, well, everything.  In a necessary documentary on the DVD, Van Sant states that he looks at the screenplay of Psycho as any other classic written work that can be performed, much like a Shakespeare play.  The actors are all different, and I give him kudos for thinking out of the typecast.  However, we the audience are at an unfair advantage (and are unfair to judge Van Sant) because the original is so engrained in our minds that it is literally impossible not to compare this film with the original.

Sorry, Vince. You're just too cool for Norman.

So there you have it- I don’t know what to say about this Psycho.  As a film, it doesn’t work because we know and love the original; it is comparing apples to oranges.  But, you have to respect the experiment that Van Sant performed.  It is interesting, and quite indeed fascinating, but it just does not work.

Tomorrow, we wrap up the Psycho franchise with a made-for-TV movie that I do not find fit to wipe my ass with: Bates Motel.

← VOTE! And a word on Halloween Safety…
There is nothing scarier than a tie… →