I’m not the kind of guy who enjoys watching movies whose primary objective is to scare me. Some guys enjoy it, but I don’t. Some of the other lists you’ll see in this article series are going to have more of the traditional scary movies, but not from me. I won’t watch the Nightmare On Elm Street films or anything from the Friday The 13th series. Exorcist? Out of the question. Does that make me less of a man? Perhaps, but I’m guessing the fact that I run GuysNation – which provides plenty of good sports, movies and hot women content somehow makes my avoidance of certain movies something you can overlook.

That doesn’t mean I haven’t seen some movies that scared me. Here’s a look at a few, leading up to my Top 5.

Castaway – can you imagine the horror of being a volleyball amidst all that sand… and there’s not enough people for a game? Talk about torture… 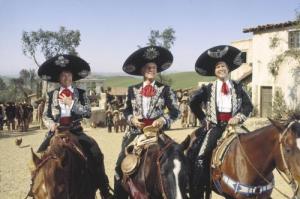 Three Amigos – not only were there Hollywood careers drawing to a close, but a small town in Mexico tricked them into fighting a warlord for them. Put yourself in their boots, throw in the insane singing bush, and the fact that they had to wear those outfits? I think you’re getting the picture here.

Basic Instinct – a smokin’ hot blonde wants you… but she just might be a serial killer, and you won’t find out until you have sex with her – during which she might stab you to death? Not to mention the lovely ex-girlfriend you have to see every day at work that still wants you, and it turns out she might have a killer streak in her as well. Where’s a guy supposed to get laid anymore?

Poltergeist – I can’t fully put this one on the list because I couldn’t watch all of it… and I don’t know which one of the films in the series I saw. What I can tell you is that when I was younger and I saw that creepy guy show up in the mirrors? I avoided looking into mirrors for like 2 weeks. Legit

Arachnophobia – Never saw it, never will. The commercials creeped me out more than anything

you can understand unless you, like I, have arachnophobia. Just typing this out brings back terrible memories.

The Sixth Sense – after getting to the end of the film and knowing what’s going on, it’s not as scary, so it doesn’t actually make the list. The couple of times that things pop up and give the “jump” factor definitely catch me every time, and I find Mischa Barton to be scary in all of her roles.

Psycho – to this day, I don’t like showering if I can’t see past the curtain. On the plus side, that means when my wife showers…

The Top 5 Films That Scared Me 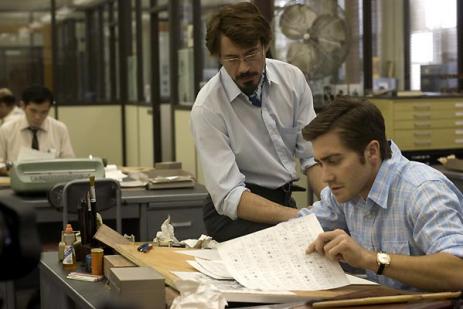 5. Zodiac – the randomness of the killings, the scene in the basement where they were supposedly alone in the house, and the reality involved in the end of the film (which I won’t ruin for anyone) are just a bit too much for me.

4. Silence Of The Lambs – all in all, it wasn’t Hannibal Lector who scared me. Sure, there was a slight jumpiness involved in the ambulance scene with the dead skin mask, but that’s not what put this on the list. The final scene with Jodie Foster being followed around in the dark still haunts me a bit anytime the power suddenly goes out in my house and I’m walking around, searching for a flashlight. 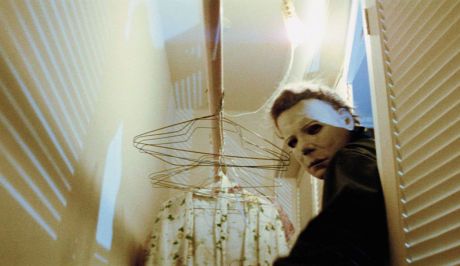 3. Halloween – this was one of the films that cemented the idea for me that I shouldn’t watch this kind of movie. He’s a relentless killing machine who somehow has supernatural powers to be able to disappear? I can’t even hear the awesome theme song to this movie without getting seriously creeped out. 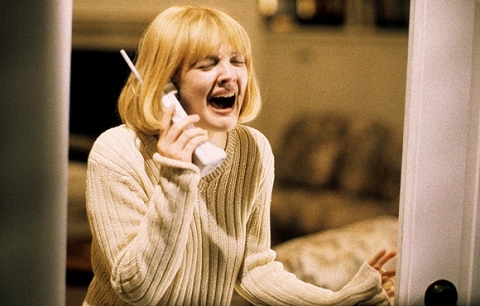 2. Scream – I have a love-hate with this film. It’s such an entertaining film that does a great job of including all of the common horror movie elements while overtly explaining them on screen. A few of the scenes are some of the most clever I’ve seen on film. And yet, the lack of supernatural element, the gore involved and the choice of killers that totally blew my mind? It just gives it a more REAL feel, which makes it feel like it could actually happen. 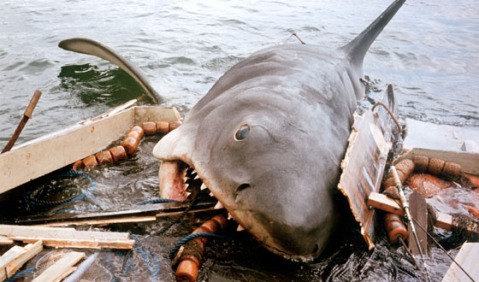 1. JAWS – for years after seeing this movie, I had trouble going into water. I’d stay in the shallow part of the ocean, and even sometimes in the swimming pool the theme song would hop into my head and I’d get to the side for an exit as quickly as possible.

Rob is the founder of GuysNation.com, which brings together writers from across the internet to provide content in areas that guys enjoy discussing: sports, women, movies, beer, women, television, wrestling, women, snacks, comic books, women, video games, women…  He’s also working on building an app to promote movie reviewers and predict which movies people will like based on common interests, and he’s currently looking for more people to be involved. You can follow GuysNation on Twitter (@GuysNation) and you can also like them on Facebook.