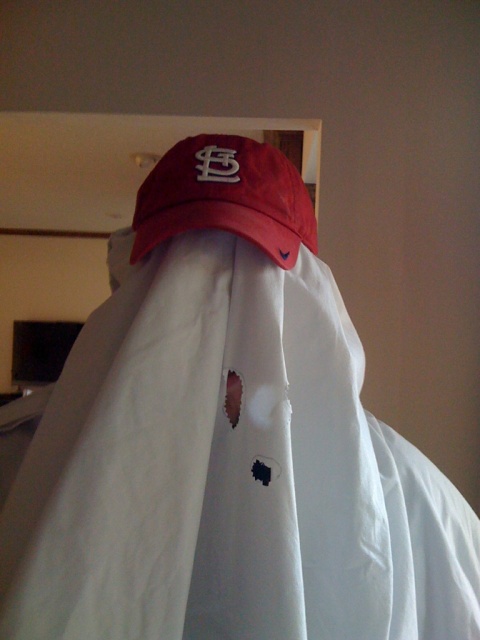 When Steve asked me to count down the five films that scared me, I grinned like the Cheshire cat. It gave me a bonus opportunity to write about one of my earliest loves- horror films. As I sat down to compile the list, I realized that most of what scares me all ties back to childhood. Apparently, I was steeled for life as a horror-watching adult before my 7th birthday, because I watched nearly all of my selections in 1982 at age six. Is there anything scarier than what we see when we’re children, unprepared for the fantasy worlds given to us on a movie screen? The same naiveté that gives you Santa Claus also gives you ghosts, goblins, witches, vampires, and a whole host of other things that give kids nightmares. I’ve illustrated all of this the best way I know how- with an infographic detailing my list of five films that scare me, along with some fun facts about my personal quintet of terror. 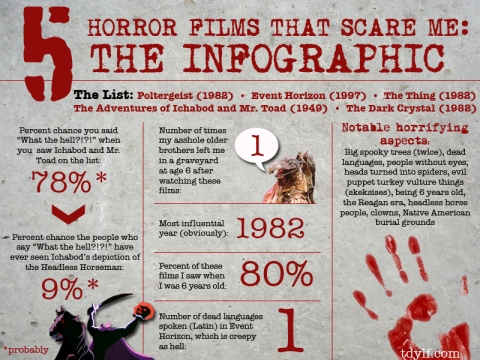 John LaRue is owner and minister of information of tdylf.com. In his spare time, he is a baseball and Nazi zombie enthusiast, as well as a graphic designer. He lives in the provel cheese capital of the world- St. Louis, Missouri. Follow John on Twitter (@tdylf).