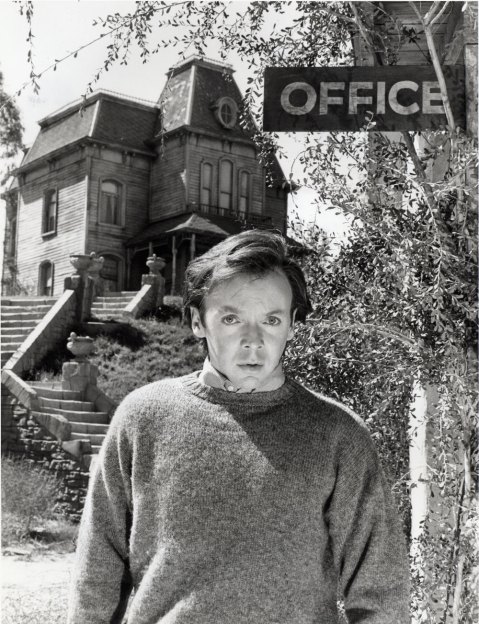 Maude isn't the old lady in the window...

There is a little-known (and thankfully little-seen) TV-movie/pilot based on the Psycho franchise called Bates Motel.  This was to be an anthology-type series, much like The Twilight Zone, with plot lines revolving around the guests who check into a refurbished Bates Motel for the night.  The movie aired on NBC in 1987 and thankfully was never picked up for series.

This movie is BAD.  No, I take that back- “bad” would be a compliment.  This movie is UNWATCHABLE.  Yes, I know I have said I like to give movies a fair shake but this one does not deserve it.  The plot revolves around a freakshow named Alex (Bud Court) who inherits the Bates Motel from his friend in the asylum, Norman Bates.  When he is released, Alex wants to reopen his friend’s motel and help rebuild its image.  How noble!  With the help of a sincerely fucking annoying tomboy named Willie (Lori Petty), Alex proceeds to reopen the Bates Motel, but, Mrs. Bates (who is now named Gloria!  WTF?!) will have none of that.  So, “scary” shit happens, the motel is reopened, a girl tries to kill herself in the bathtub, blah, blah, blah.

As I stated, this movie is unwatchable.  Sincerely, this is a horrible, horrible movie that doesn’t even deserve to be aired on midnight television.  It doesn’t even deserve to be called campy- you have to earn that.  This movie does not deserve to exist; it is lazy, stupid, and an insult to the brand of Psycho.  You can check it out on YouTube if you’d like, but be aware, this is 90 minutes of your life that you will sincerely be pissed you wasted.