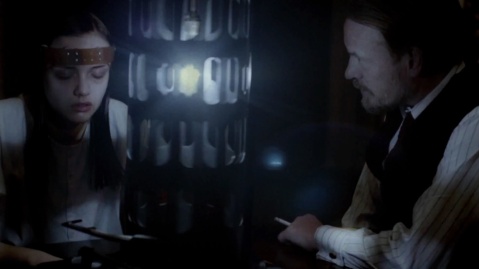 Over the past four years, the once-glorious production company Hammer Films has been slowly trying re-establish itself in the horror genre. From the 1950s through the early-1970s, Hammer enjoyed financial and critical success with gothic horror films such as The Curse of Frankenstein, Horror of Dracula, and many more terrifying classics that have amassed legions of devoted fans over the years. By the late-1970s, Hammer’s popularity had started to diminish, and the company slowly faded from the public’s eye. After many years of silence, Hammer Films returned in 2010 with Let Me In, a spooky remake of the celebrated 2008 Swedish film, Let the Right One In. Between 2010 and 2012, Hammer released two smaller films before returning to the mainstream with The Woman in Black, another eerie release that suggested that the company still had a few terrifying ghouls kicking around in their cobwebbed crypts. After another two-year wait, Hammer continues its comeback campaign with The Quiet Ones, a stale haunted house thriller that clumsily attempts to run with the countless other “found-footage” horror movies that have been quickly churned out. Though The Quiet Ones may not be as scary as recent supernatural offerings like Insidious, The Innkeepers, The Conjuring, or Oculus, the film is executed with plenty of chiaroscuro elegance, and it reveals that star Jared Harris was born to be a member of the Hammer family—one that consisted of gentlemanly greats like Peter Cushing, Christopher Lee, and Oliver Reed.

The Quiet Ones picks up in Oxford, 1974, with Professor Joseph Coupland (played by Jared Harris) enlisting the help of a student cameraman by the name of Brian McNeil (played by Sam Claflin) to help with an unorthodox experiment being conducting on campus. The experiment involves a young girl named Jane Harper (played by Olivia Cooke), who believes that a nasty spirit by the name of Evey has possessed her. It turns out that Coupland rejects theories about the supernatural, and that he is convinced that he can cure Jane through advanced scientific methods. After the university unexpectedly cuts funding for the experiment, Brian, Coupland, and his two student assistants, Krissi (played by Erin Richards) and Harry (played by Rory Fleck-Byrne), travel to a secluded country mansion where the group can work without disruption. Things get off to a relatively uneventful start, but soon, Jane’s condition worsens as Coupland draws out the sinister forces within her. As the spirit of Evey grows more and more dangerous, Brian discovers a horrific secret about Jane’s past that will change the course of the experiment and threaten the lives of everyone involved.

With The Quiet Ones, Hammer reveals that they are well aware of the gimmicks that have been dominating the horror market for the past several years. Scattered about the film is Hammer’s trademark gothic set design and gloomy atmosphere weighing heavily on the action. Frankly, the film gets far flashing Hammer’s calling card, and you get the impression that if director John Pogue had solely committed to the gothic blueprint, The Quiet Ones would have been an old-fashioned success. After all, Hammer found an audience with a taste for undead ghouls, Frankenstein monsters, and gentlemanly vampires in the ‘50s, a time when atomic monsters, extraterrestrials, and giant bugs were the hot ticket at local movie palaces and drive-ins. What would prevent it from working in the smartphone age? Sadly, where The Quiet Ones drops the ball is with the application of the “found footage” approach that has been sweeping through American horror movies. While it is exciting to think that Hammer is attempting to modernize itself a bit, it quickly becomes obvious that it’s here simply to allow Hammer to run with the current big boys of horror. What is even more frustrating is the fact that the filmmakers are clearly experimenting with this technique and had absolutely no idea how to apply it properly. It’s painfully clumsy and only twice does the film milk any suspense from this approach. However, the impact of both sequences is softened by cheap jump scares that just come off as lazy and pathetic. You mean to tell us that Hammer—a company that made some seriously silly, low-budget junk work splendidly in their heyday—couldn’t devise any new or creative ways to make the audience tremble with fear?! 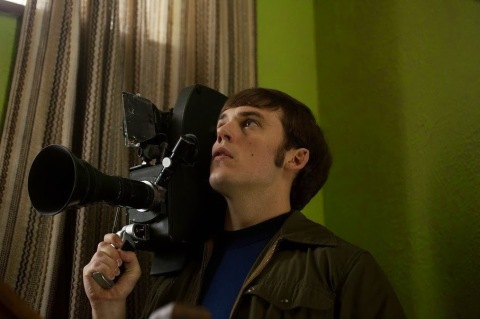 While the throwaway “found footage” gimmick and the jump scares keep The Quiet Ones from standing out in the crowd, the film does reveal that Jared Harris could very well be Hammer’s new Christopher Lee or Peter Cushing. He is charismatic and gentlemanly, yet he is capable of awakening an inner slumbering madman when poked hard enough. Late in the film there are hints of Cushing’s unhinged Dr. Frankenstein, as he resorts to extreme measures to carry out his sinister work. Harris really charges up the film even in its slower moments, and he is able to largely cover for the more amateurish performances from the rest of the fresh-faced cast. The Hunger Games: Catching Fire’s Sam Claflin is probably the best of the young talent as Brian, the group’s skeptical cameraman who slowly develops feelings for the tortured Jane Harper. He’s a vanilla hero—that no one can deny—but he succeeds in remaining watchable for the duration of the film. And then we have Olivia Cooke, who physically channels Christina Ricci’s Wednesday from The Addam’s Family. Her performance is a glob of clichés as she hovers over a creepy doll and plucks its hair out, or stares blankly through sleepy eyes and rambles on about Evey, the spirit who has called her body home. The weakest links are undoubtedly Erin Richards, who stumbles her way around the feisty hippie Krissi, and Rory Fleck-Byrne, who’s Harry is present only to add slight bits of exposition for the cutting-edge methods the group is experimenting with.

While Harris puts forth considerable effort to salvage The Quiet Ones, more damage is done through the film’s lackluster finale, which crashes and then literally burns right in front of our eyes. The script finds the team of screenwriters—which includes Pogue, Craig Rosenberg, Oren Moverman, and Tom de Ville—looking back and paying tribute to Hammer’s satanic/occult offerings from the mid-1970s. The ghosts of films such as The Devil Rides Out and To the Devil a Daughter clank and bang around in the darkness, but the climax can’t match the sleazier thrills of those memorable releases. One the positive side, the film’s cinematography looks fantastic, and the chiaroscuro wash keeps you from drifting off into the abyss of boredom. In true Hammer fashion, The Quiet Ones is also extremely tight and low budget, which allows the film to remain in the tradition of their early horror work. Overall, it’s a thrill to see Hammer’s name back on the big screen, but The Quiet Ones ends up being a step backwards for a company that had made considerable strides in re-establishing themselves. You can’t fault them for attempting to appeal to the new generation of horror fans, but they should be embarrassed that they didn’t attempt to bring anything new to this supernatural séance.