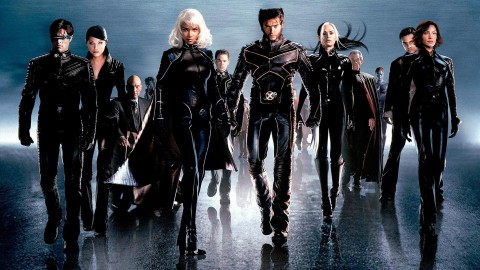 I was actually quite honored when Steve asked me to be a guest contributor for his Halloween spectacular. One of the hardest things for me to do is to come up with a list of favorite anythings. If you put something in front of me, I can tell you whether or not I liked it, but it’s hard for me to honestly place one thing above another. Luckily, this is just a list of “five films that scare me” so that’s a plus. I’ve never really been a huge fan of horror movies, the ones I’m most familiar with are the classics that spawned dozens of sequels that were all pretty formulaic and tired. Even when I was younger, I never really got caught by the allure of watching a horror movie that I wasn’t supposed to be watching. I think that’s partly because of the first movie on my list. 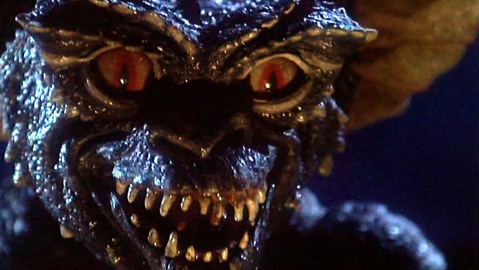 I had to have been about 6 or 7 when I first saw this movie, I don’t recall the specific details, but I believe I really wanted to watch it based on the previews, and I enjoyed watching it. But that line at the end must have stuck with me “…turn on all the lights. Check all the closets and cupboards. Look under all the beds. ‘Cause you never can tell. There just might be a gremlin in your house.” I remember that it was the movie Gremlins that made me scared of the dark for about a month. And even though my daughter is currently infatuated with all things monster (from Monster High to Hotel Transylvania) I made her skip that movie when I recently re-watched it.

Of course I have seen my share of horror movies once I passed my teenage years, usually not due to my own choice but rather due to the choosing of my girlfriend or later on, my wife. And while it’s not on my list, I will give an honorable mention to The Grudge which scared the living daylights out of my wife when she first watched it, and not only that but it was the movie that really introduced both of us to the wide world of Asian horror movies, and led us to a more obscure series that fascinates me more than scares me but I have to share it with you. 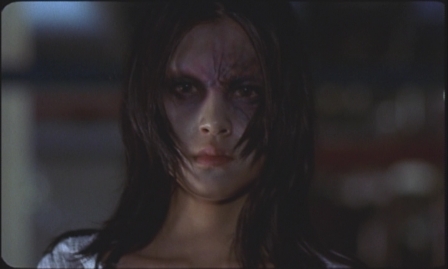 There are quite a few Tomie movies that have been released over the years, but my favorite is probably the second one, even though (or possibly because of) it’s the one that most closely follows the conventions of a typical Western horror movie. The concept behind Tomie is that she is a beautiful demon that makes men fall totally in love with her and drives them crazy until they eventually kill her and chop her into pieces. And then those pieces grow into new Tomies and she goes on to start the process over again. It’s such a bizarre premise, but it’s a pretty great movie. Well, this one and Tomie: Rebirth are probably the best, some of the later ones get way to bizarre for my own liking.

This movie is on my list because it’s probably the first horror movie that I watched for the purpose of watching a scary movie. It caught my interest because of the sci-fi aspect, and it was recommended to me by a friend. I don’t think I’ve watched it again since, but when I think of movies that are actually scary rather than just movies in the horror genre, this movie usually comes to mind. The scene with the guy (or girl?) suspended by all the hooks was the singular image that really stuck with me for a long time, I also remember the scene where they spend a brief time in the vacuum of space, shutting their eyes tightly to keep them from exploding. It’s interesting what details can stick with you after so many years.

I’m almost ashamed to admit that the only reason why I rented this movie in the first place is because it had Anne Hathaway’s first nude scene in it. It was her first “grown up” movie to try and keep from being pidgeonholed into movies like Princess Diaries and Ella Enchanted. The movie itself isn’t really anything worth mentioning, but for whatever reason the initiation scene which contained the reason why I wanted to see the movie in the first place disturbed me a little more than I thought it would. If you haven’t seen it, and I wouldn’t really recommend it, Anne Hathaway and Bijou Phillips play gangsta wannabes who end up trying to get into a real gang. Their initiation is they roll a die and that’s how many guys they have to sleep with. Hathaway is lucky and rolls a one and has her tender moment with the guy she likes, but her friend rolls a 3 or 4 and only after they start to they find out that it’s how many guys they have to sleep with, at the same time. I can’t put my finger on it, and it probably sounds silly to describe it but when she’s bouncing back and forth between two guys, it just stayed in my mind in the worst way.

The final movie on this list scares me to think that it somehow actually got made in the first place. It is one of the most awful movies I’ve ever seen and I’ve seen quite a few awful movies. They took a good movie, a couple good actors (and several bad ones), and came up with a movie where I wanted to hide my eyes more times than any so-called scary movie I’ve ever seen, and I had to figure out some way to toss in a superhero/comic book movie, I just couldn’t help myself.

A little about Bubbawheat:

Bubbawheat is the author of Flights, Tights, and Movie Nights, a review site focused on reviewing superhero and comic book movies, as well as featuring superhero themed fan-films and interviewing the fan-filmmakers. When he’s not watching superhero movies, he spends his time with watching children’s movies and romantic comedies with his wife and 5-year old daughter and has recently moved to the Chicago area. You can follow him on Facebook facebook.com/flightstightsandmovienights , on Twitter twitter.com/Bubbawheat , and he’s also a member of the As You Watch podcast podomatic.com/asyouwatch