It’s not uncommon for a movie with an interesting idea in the horror genre to be milked for all it’s worth. What is uncommon however is for the fifth in a series to be a worthy addition to the series. This is what happened in the case of Final Destination 5, the follow up to The FINAL Destination.

What the creators of the series have tried to do to keep it relevant is to focus on entertaining, something far too many films fail to do. Having transitioned away from the existential questions of the original, they have relied more and more on the gruesome deaths as the main marketing tool. Unfortunately, this means putting all of them in the trailer so watching the film becomes somewhat redundant. If you watch this film, do not check out the trailer first.

So, here is the plot for all Final Destination films. A terrible accident occurs and loads of people die, but due to one character having a premonition of what is going to happen they change the future and a small group of them survive. The result of “cheating death” is that he comes back around and kills the survivors one by one, in a series of needlessly gruesome and convoluted ways.

All the films are the same, aside from the character interactions, none of whom you particularly care about because you know most, if not all of them are going to die. So why watch? For the humour. Whilst the original was a horror with some laughs gained from the death scenes, they have evolved into a series of grizzly comedies. The only part that holds any interest is the ridiculously over-the-top manner in which death gets his revenge.

The great trick in this is the blatantly willful use of misdirection. We watch as we see a series of unlikely events converge to create a series of deadly hazards, only for the victim to step back from the brink at the last second, only to perish moments later in an even more unlikely freak occurrence. We know that each setup isn’t going to kill them, but it’s hard not feel the tension build as we know that death is coming. When it does finally arrive it is often a laugh out loud funny slapstick moment.

The creators know what the audiences want and have no hesitation in giving it to them. Even so, the writing is not terrible. Sure, it doesn’t reach the heights of Shakespeare or Aaron Sorkin (in my mind, interchangeable), but it is serviceable, for the most part. The plot is pretty much internally consistent.  The shoe-horning in of the detective who initially suspects the guy who had the vision caused the bridge to collapse due to breaking up with his girlfriend an hour before, is a bit much. But once the moment passes he is a vaguely useful character. 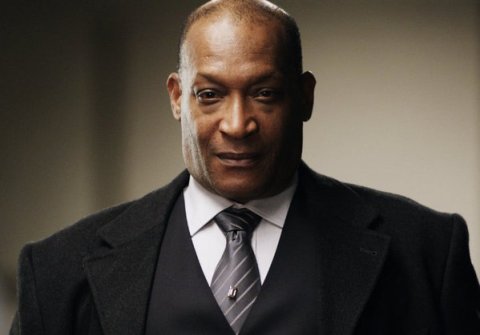 There is a vague love story sub plot that doesn’t really have any relevance and quite frankly if you think moving to Paris for six months is the biggest problem in your life, then don’t expect much sympathy from me.

The acting is not brilliant and that doesn’t help to make you care about the characters any more. The only real exception is David Koechner as the boss you love to hate who brings his comedic talents to every scene. It’s also nice to see Tony Todd reprise his role as creepy coroner and plot expositionist (if that’s not a word, it should be), William Bludworth.

Despite my earlier praise for the series, it is no secret that it was a case of diminishing returns and that the number of people looking forward to Final Destination 5 was about five. Still, it has pumped life into a cherished franchise with wit and creative death and would be a worthwhile swan song for a series of films that have very nearly overstayed their welcome.

However, success can have its drawback and the rumour mill is on full turn suggesting that not only will there be a Final Destination 6, but also a 7th, both of which are to be filmed back-to-back. Whether these rumours are true is debatable, though less likely things have happened.

The kids in these movies can’t escape death forever, but seemingly the franchise can.

Final Destination 5 is available on Blu-ray and DVD.