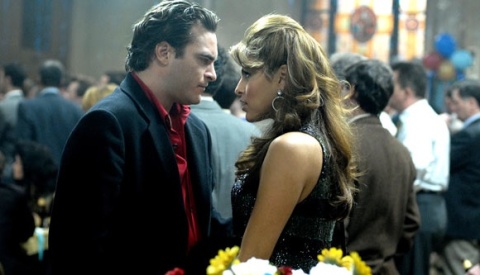 The crime drama is a tough genre for a director and screenwriter to take a crack at. The genre is hopelessly enamored by loyalty, honor, and betrayal, all which have been done to death by this point. The last truly refreshing take on the genre was Martin Scorsese’s 2006 gangster epic The Departed, which was a beast of a picture that snagged Best Picture at the Oscars. The following year, director James Gray released We Own the Night, a period crime drama that tried to ride the wave of The Departed. Sadly, We Own the Night doesn’t make a tiny chip in The Departed but that doesn’t mean that the film doesn’t have aspects that one can admire. Slower and tighter, We Own the Night never really becomes a white knuckler due to some clichés that are just unforgivable but this grimy tale of two brothers on opposite sides of the law will actually manage to disturb you ever so slightly. The film also boasts a knockout performance from Joaquin Phoenix as nightclub manager Bobby Green, a shaky tough guy who wears the mask of cool like a professional. It is a haunted performance that isn’t easily shaken once you have walked away from We Own the Night and it single handedly makes the film worth your while. If you are not interested in Phoenix, see the film for its kick-in-the-head violence that actually manages to wipe away some of the glamour that Hollywood has attached to onscreen nastiness.

We Own the Night begins in November 1988, on the mean streets of New York City, where crime runs rampant. The law is nearly powerless as the criminals snicker at the police’s futile attempts to clean up the streets. It is in the thick of the crime that we meet Bobby Green (Played by Phoenix), a nightclub manager who enjoys doing blow in the company of his Puerto Rican girlfriend Amada Juarez (Played by Eva Mendes). Life is good for Bobby and the future promises to be even better but soon, his father, police Deputy Chief Bert Grusinsky (Played by Robert Duvall) and his brother, Captain Joseph Grusinsky (Played by Mark Wahlberg), warn Bobby that the owner of Bobby’s club, Marat Buzhayev (Played by Moni Moshonov), may be involved in smuggling drugs into the United States. After someone close to Bobby is gunned down by a Russian hitman, Bobby decides to become an informant for the police even though he has worked hard to keep his family’s ties to the law a secret. This leads to the capture of Vadim Nezhinski (Played by Alex Veadov), the nephew of Buzhayev. Just when Bobby thinks everything is back to normal, Nezhinski escapes from jail and vows to find Bobby and kill him.

Much heavier on the drama than the thrills, We Own the Night may not please those who are hoping for tons of shoot-em-up action. Sure, there are a few action scenes to speak of, all of which are tense and in your face. A raid on a drug house has some of the most stomach churning violence you are ever likely to see in a mainstream Hollywood film. It is pretty vicious to say the least and I actually liked this aspect of the film. All I will say is that the raid features some truly nasty scenes of people getting shot in the head. Another scene finds Bobby and Amada caught in a terrifying car chase in a heavy downpour. I never thought that a Hollywood car chase would make the hair on my arm stand up but We Own the Night has changed that. It helps that there is absolutely no music to tell us how to feel. It is just gunshots, shattering glass, and screaming, all which fry your nerves relentlessly. It ended up being my favorite sequence in the entire film. The rest of the film is a slow burner, one that hits you with thorny family relations. It is about Bobby trying to mend his relationship with his firm father and his brother who thinks the world of their father. It is these scenes that resonated the most with me, even if I was reminded about other, better crime dramas that dealt with complicated family relations and tensions (I’m looking at your, Godfather). 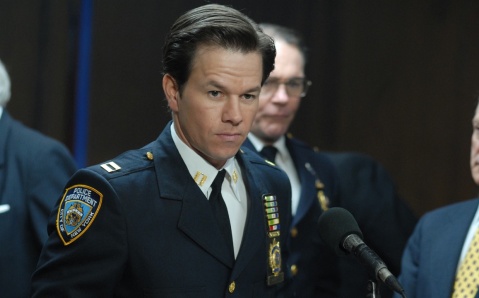 While aspects of the script may not stand out, the performances cover up some of the familiarity within We Own the Night. Phoenix is the one who really brings his A-game and knocks it out of the park. You are drawn to him from the get go and he refuses to let you pull away. He is almost always silky smooth, even when he is higher than a kite while his father lectures him about his lifestyle. When he explodes into rage, take cover. While he isn’t a cold-blooded gangster, he sure as hell isn’t afraid to get his hands dirty. Wahlberg plays largely the same role that he did in The Departed but here he is a bit watered down. He is more family man than hothead with a mouth that would make a sailor blush. Duvall is his usual tip-top self, another veteran of the organized crime genre. Here he plays the determined good guy who is a little past his prime. I sometimes think he saw the clumsiness in the script but he rolls with punches gracefully. Mendes is the one without real purpose as she just acts as the sex appeal while the boys all flex the masculine muscle. Then there are the two Russian bad guys who are your typical gangsters who make lots of threats. They won’t make much of an impression on you.

We Own the Night also has some gritty set design and wardrobe detail to really yank you out of the present. We Own the Night does find a nippy chill of unease slowly circling the edges of the action but it never engulfs the film fully. When this film is good, it is really, really good but when it is average, it is really, really average. The film is never flat out bad, but it just stinks of a paint-by-numbers approach. This causes the two-hour runtime to really drag its feet at points, which had me checking my watch one or two times. Still, I was mesmerized by how much dedication Phoenix pours into this project and I applaud him for it. He comes out on top and leaves even the veteran Duvall chewing on his dust. It leaves you wanting so much more from this guy! I really have a hard time understanding why every single crime drama that comes out wants to touch the sky. Only a small handful of them truly do while the rest come close but end up falling hard. With We Own the Night, Gray really tried to run with the big dogs but these mean streets belong to Scorsese and Coppola, two men who really know how to construct a crime drama. Gray is left just re-evaluating his approach to the genre and thinking of more ways to impress the ones who rule this genre with an iron fist.

We Own the Night is available on Blu-ray and DVD.